Enlightenment Orientalism: Resisting the Rise of the Novel 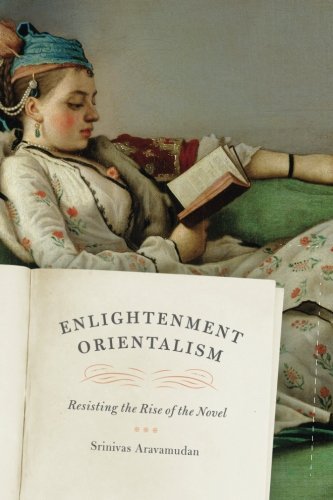 Srinivas Aravamudan here reveals how Oriental tales, pseudo-ethnographies, sexual fantasies, and political satires took Europe by storm during the eighteenth century. Naming this body of fiction Enlightenment Orientalism, he poses a range of urgent questions that uncovers the interdependence of Oriental tales and domestic fiction, thereby challenging standard scholarly narratives about the rise of the novel.

More than mere exoticism, Oriental tales fascinated ordinary readers as well as intellectuals, taking the fancy of philosophers such as Voltaire, Montesquieu, and Diderot in France, and writers such as Defoe, Swift, and Goldsmith in Britain. Aravamudan shows that Enlightenment Orientalism was a significant movement that criticized irrational European practices even while sympathetically bridging differences among civilizations. A sophisticated reinterpretation of the history of the novel, Enlightenment Orientalism is sure to be welcomed as a landmark work in eighteenth-century studies.