Globalization and the Decolonial Option

Globalization and the Decolonial Option.jpg 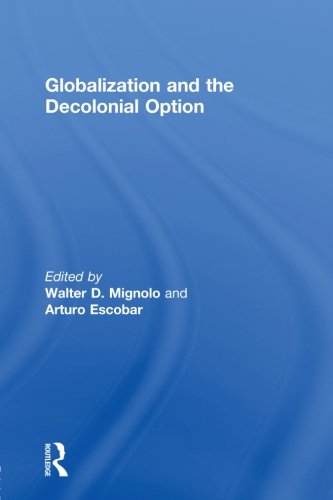 This is the first book in English profiling the work of a research collective that evolved around the notion of "coloniality", understood as the hidden agenda and the darker side of modernity and whose members are based in South America and the United States. The project called for an understanding of modernity not from modernity itself but from its darker side, coloniality, and proposes the de-colonization of knowledge as an epistemological restitution with political and ethical implications.

Epistemic decolonization, or de-coloniality, becomes the horizon to imagine and act toward global futures in which the notion of a political enemy is replaced by intercultural communication and towards an-other rationality that puts life first and that places institutions at its service, rather than the other way around.