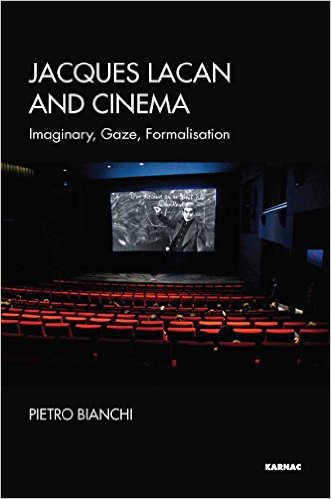 Psychoanalysis has always been based on the eclipse of the visual and on the primacy of speech. The work of Jacques Lacan though, is strangely full of references to the visual field, from the intervention on the mirror stage in the Forties to the elaboration of the object-gaze in the Sixties.

As a consequence, a long tradition of film studies used Lacanian psychoanalysis in order to explain the influence of the subject of the unconscious on the cinematographic experience. What is less known is how the late Lacanian reflection on the topic of analytic formalization opened up a further dimension of the visual that goes beyond the subjective experience of vision: not in the direction of a mystical ineffable but rather toward a subtractive mathematisation of space, as in non-Euclidean geometries.

In an exhaustive overview of the whole Lacanian theorization of the visual, counterpointed by a confrontation with several thinkers of cinema (Eisenstein, Straub-Huillet, Deleuze, Rancière), the book will lead the reader toward the discovery of the most counterintuitive approaches of Lacanian psychoanalysis to the topic of vision. The outcome may have a major impact on the way we understand cinema and visual studies: sometimes abstract formalization can help us looking at the space surrounding us even better than our eyes.