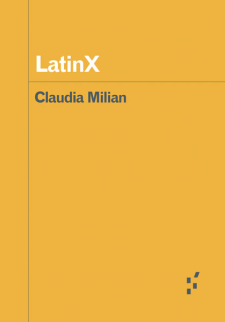 Nationality is not enough to understand “Latin”-descended populations in the United States.

LatinX, according to Claudia Milian, is the most powerful conceptual tool of the Latino/a present, an itinerary whose analytic routes incorporate the Global South and ecological devastation. Milian’s trailblazing study deploys the indeterminate but thunderous “X” as intellectual armor, a speculative springboard, and a question for our times that never stops being asked.