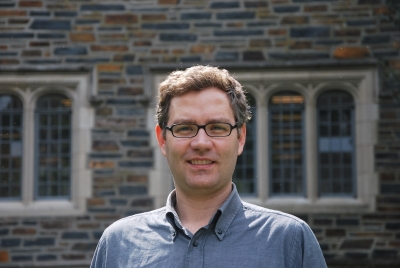 Screpanti, who grew up in Rome and Paris, decided to focus his studies on French and Italian because of his fluency in the languages and extensive knowledge of both cultures. earned his bachelor's degree from the University of Rome. His main academic focus is on the early modern period, which ranges from about 1500 to 1800 C.E.

Screpanti, who earned a Master of ARts in French from Colorado University, is interested in French and Italian early modern literature and culture, with an emphasis on the relationship between literature, politics and philosophy and in Mediterranean studies. Although he has not yet begun his research at Duke, Screpanti said he hopes to use bibliographic and archival research to analyze the representative literary works from that time period by interpreting post-colonial problems.

Interdisciplinarity drew Screpanti to Duke, since he can draw resources from several departments, not just from romance studies. Screpanti said he was particularly drawn to Duke’s strengths in political theory and Medieval and Renaissance studies, and hopes to incorporate that into his research.

After completing his studies at Duke, Screpanti said plans to find a job in education. He said he would enjoy working as a professor or in anything related to cultural studies.

“I hope that my years at Duke will develop my abilities to communicate my research and improve my writing and my speaking,” Screpanti said. “I also hope that will lead me to publications.”

Beyond his academics, Screpanti enjoys being outdoors, camping, walking and reading.